From our headquarters in Steamboat Springs, Colorado, no project is out of reach, contact us to see if we’re in your area.

We value long term partnerships, customer service, and teamwork. It is our mission to provide professional, high quality customer service that places an equal value on internal and external relationships.

is to provide comprehensive, coveted and quality EMS consulting, training, planning, staffing and transport to nationwide customers in a multitude of industries while remaining focused on a culture of teamwork, collaboration and respect.

We Stick to Our Values As People and As a Company

A driving force behind bringing EMS Unlimited to life was the strong desire to create a place of employment for Healthcare Professionals that is fun, safe and built on a premise of supporting each other and encouraging mental health through a healthy work/life balance and outdoor recreation.

Caring for yourself, your family and your EMS team is a priority.

EMS Unlimited is “For Us, By Us” To achieve success, all things EMSU must always be collaborative, team driven and supportive through positivity and encouragement.

There is always a positive outlook to be found and focused on. Seek out the positive, magnify it and turn negative into opportunity.

Every single member of the EMS Unlimited team has strengths and weaknesses. We will always communicate and conduct ourselves in a manner that is uplifting and constructive.

From appearance to communications and patient care to client relations. EMS Unlimited must conduct every aspect of our business around the highest degree of professionalism.

A commitment to excellence requires hard work and perseverance. Dedication to upholding our values takes work and effort that must always be present.

Taking pride in yourself, your profession and EMS Unlimited is shown through posture, communication skills, appearance and customer service to clients and peers.

With every job that must be done, one can always find fun! Protect your personal fun time and bring that same commitment to having fun to work. If you can’t make it fun, don’t do it.

Always think one, two or three steps ahead. Plan for the unplanned and be prepared.

Everyone has an idea to make something better. There is always another way to enhance your work experience or improve customer service – never hesitate to share those ideas 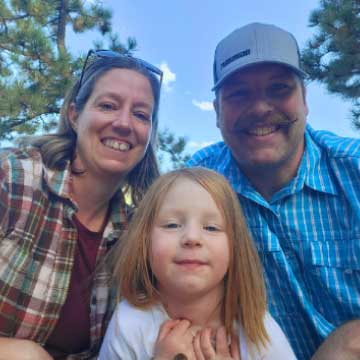 Hi there! I’m Stephanie Faber Webb, I have been a paramedic for 21 years.

Since August 2019, I’ve been a Director of Training and Clinical Excellence at EMS Unlimited, where I’ve focused my time on making sure our providers have the most up to date protocols and education so that they may deliver great care.

I also oversee the training center that has continued to grow under my watch while we continue to deliver top notch medical education to all those in need on the Western Slope.

I am based in Denver, and when I am not busy running our Education/Training and Clinical Operations at EMS Unlimited, you can find me paddle boarding, camping, or just being outside with my amazing family. 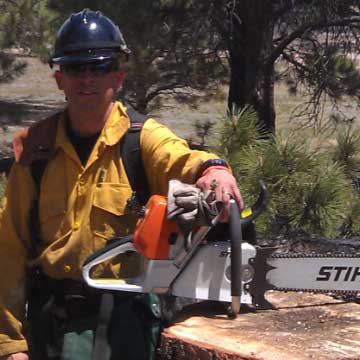 I am a Colorado native that really enjoys all that the Colorado outdoors has to offer. I am an avid outdoorsman and enjoy both winter and summer sports. I have been married for 30 years and have 3 wonderful children. As a family we enjoy the outdoors together.

I didn’t think I would be in the fire and medical field. I grew up in a family that did heating and air conditioning so my first career was in HVAC. I did everything from installation to service and eventually manager. I first got started in Fire and EMS when I took my EMT class at Lutheran medical center in 2007/2008. From there I volunteered at the local fire department for 3 years. It was during this time I came to the conclusion that this was the career for me. I also realized in order to get a job in this field at the age of 38 I would have to become a paramedic in order to compete with all of the younger applicants. I attended Paramedic school at St. Anthony Hospital in Denver and then was lucky enough to get a full time job for the same department I had volunteered at. I was in a paid position as a full time firefighter paramedic for 2 years before being promoted to shift lieutenant and then eventually to shift captain. During my time in this career I have had the opportunity to go on many wildland deployments both on an engine crew as well as a medical resource. I have taken many classes for rescue rigging and back country rescue. I have taught many classes for rescue rigging as well. I eventually helped to build one of the first three REM teams in the Rocky mountain region for the fire department and fell in love with the ability to combine rope rescue, medicine, and wildland fire all in one bundle. Technical rigging is a true passion of mine and I truly enjoy teaching all I can to new and seasoned people in the field and sharing all the knowledge I can that I have gained in my Career.

Here at EMSU I am striving to build a team that becomes a family. I hope to teach all I can and help others to enjoy the rescue world as much as I do. The places that wildland fire and rescue operations have taken me is something I cherish very much and I wish to share with everyone that I can. 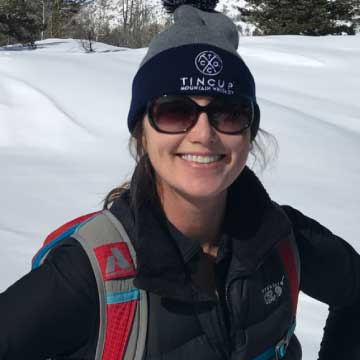 Born and raised in Northwest New Jersey and is a graduate of The Ohio State University, with a BS in Recreation Education & Sports Management. After college, she moved to Steamboat Springs, CO, started a career in bar, restaurant & events management and of course took up snowboarding, telemark skiing and mountain biking. She also managed to spend multiple seasons traveling abroad and became a PADI Open Water Scuba Instructor in her free time.

While living in Steamboat she took up mountain bike racing, competing at the pro level, riding 24-hour solo and taking second in the nation twice. She continued with endurance sports, participating in multiple trail marathons and completing the Canada Ironman in Whistler, BC.

In 2012 she moved to Canada and managed the Outdoor Adventure department at Calgary Olympic Park (COP). While at COP, she also worked as a coordinator with Amazing Race Canada where they launched contestants down “Monster,” the fastest zipline in North America, during a spring snowstorm!

Kris & her husband now live in Fruita, CO. Her two kids are each currently serving our country on active duty. Their daughter is a U.S. Marine and their son is an Army paratrooper with the 82nd Airborne. She loves spending time with her family as much as possible, climbing, biking, skiing, camping & hiking.

After years of competing and playing outside, Kris is a great fit for planning, coordinating and managing the diverse events that we take part in at EMS Unlimited. 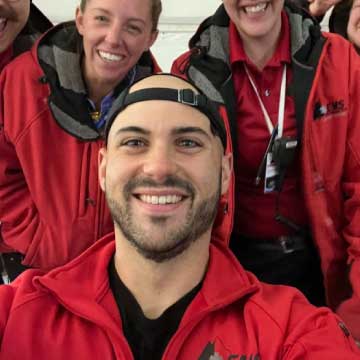 Alex is a native of Western Massachusetts, and found EMS Unlimited during a cross-country trip while scouting for new career opportunities. Alex came from an urban EMS/Firefighting system, with over 6 years of experience within emergency medical services. He currently is obtaining his bachelors degree in Advanced Studies of Paramedicine, and his critical care/flight Paramedic endorsement. Outside of the office, he loves trail running, belaying/climbing and other new endurance races. Alex values teamwork and building a strong work culture within all teams of the company, and pushes himself and others to think creatively. 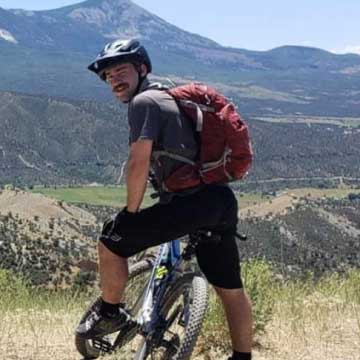 Jacob grew up in Conifer, Colorado and moved to Grand Junction in 2014 to study Human Resource Management at Colorado Mesa University. After receiving his bachelor’s degree he spent a few years remodeling and building houses in Grand Junction and Fruita. During that time he decided to pursue emergency medicine and received his EMT-Basic and IV certifications in 2019. In his free time, Jacob enjoys all that Grand Junction and the surrounding areas have to offer including mountain biking, skiing, climbing, and trail running. He enjoys working at EMS Unlimited because it helps him combine his education in HR and EMS with his desire to help others enjoy life and pursue our overall mission of creating a great place to work. 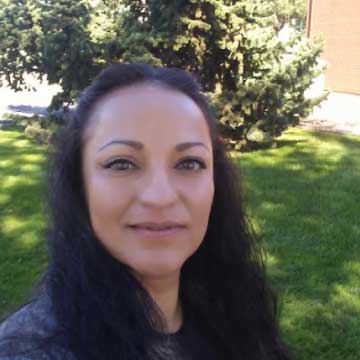 Originally from So. Cal, I’ve been in Denver, CO since 2016. I also lived in Seattle, WA where I attended college. I have over 7 years of experience in Accounting & Human Resources, plus 17 years of experience in Office Administration and Management. In my personal time, I enjoy spending time with family & traveling. I’m also an avid gamer & book reader/collector. 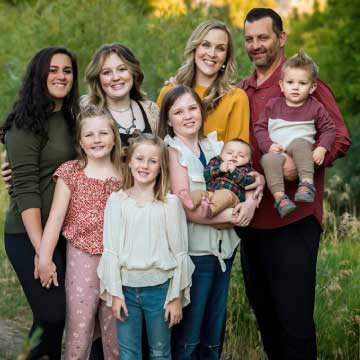 Ebin was born and raised in beautiful Palisade, Colorado. After growing up as a Palisade Bulldog, he joined the United States Navy and served 8 years as a Damage Controlman (Shipboard Firefighter). Upon his honorable discharge, Ebin transitioned into EMS and fell in love with the profession’s unique quality of affecting positive change on a daily basis. After gaining experience in Honolulu’s busy 911 system as a Paramedic, then working as a flight paramedic in the Gulf of Mexico, Ebin returned home to Colorado. Ebin now lives and manages EMS Unlimited just outside of Steamboat Springs, CO. In addition to supporting his team at EMS Unlimited, Ebin and his wife enjoy a busy but rewarding life that revolves around their large family.